Tweaking, adjusting, changing, testing and repeat, is basically what I've been doing in the last 3 months. So basically nothing really exciting except that I've made som huge improvments on the physics. Previously I have had small issues with the snowmobile sliding a bit and bouncing but most of that has been solved.

I don't have that much to say in this update so it won't be a long post but to give something more I can tell that I have started to experiment with photogrammetry. That is basicly where you take a bunch of photos of a object from diffrent angles then a program calculates the geometry of the object. Although the scan isn't perfect and have a few millions of polygons to many it's really handy to use as a reference when modeling traditionally so it can speed up and improve the qualtity of models in game.

If you have some questions feel free to ask.

Release date? We havent seen a game release in years!

No I wont give a release date because I don't know

Are any new maps coming soon?

cant wait till this game is in full release

i love it right but still cant wait

Any way you could introduce map editing? And maybe powder?

I have written about the so called "map loader" before but that was on the old website but anyway you will most likely be able to make maps for 0.3.0 with textures and text file editing. A proper map editor is planned to be added in the future

How about releasing a sort of "template" so you can make your own levels. But the standard assets, the snowmobile and character prefab has to be there, and then dynamically load all the terrain data.

Is there anyway you could release the maps before the "Physics update". i've seen the vid where the new maps are feautured as a map and i would like to play other maps then the current one

It's easier said than done to make the new map loader work in the old version of the game and I rather focus on getting 0.3.0 ready. No promises but I'm hoping to get it out this winter

I'd imagine that making a map loader for unity would be ass.

3r5k3n post some screenshoots and show us some teasers!! i wana see what your are working on ;)

can you make a yamaha apex mtx in the game

the mesh will be laggy right?

The progress is going good? 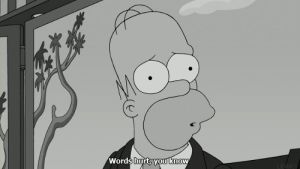 Will there be a way for us to implement maps we designed in unity in to the game?

I can't wait till it comes out